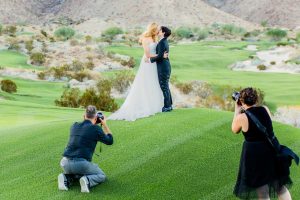 About twenty years’ ago, I started offering free workshops at the San Diego LGBTQ Center. Over the years, I’ve created/facilitated about thirty different workshops, on topics like: Beyond Gender Roles: New Possibilities for LGBTQ Men & Women; Spirituality, Hope and HIV; Gay Sons, Straight Fathers: Acceptance, Connection and Healing; Blame, Revenge and Forgiveness; Can you Buy Happiness?; The Goodboy/Badboy Workshop; Clinical Issues in San Diego’s LGBTQ Community (for mental health professionals); Moving Beyond Heteronormative Ideas of Happiness; and Power, Love and Presence – The Joys of Growing Older.

But, by far, the most popular workshop I’ve ever offered was titled: “Open or Monogamous Relationship?” I offered it for the first time about ten years’ ago, here at The San Diego LGBTQ Center. The workshop was such a hit that I was asked to offer it in West Hollywood. Then Palm Springs. Then in San Diego for a second and third time. And, eventually, on the East Coast.

I wondered why this workshop was so popular, so, I started asking participants: “Why did you come to this workshop?” I basically got the same answer over-and-over: “Because no one else is talking about this stuff.”

Eventually, I was asked to write a book about it. And I did (it was published in hardback by Rowman & Littlefield in 2017 and in paperback in 2019).

This is not good mental health. So, I decided to offer a workshop on the topic and see what happened. The San Diego workshop filled up faster than any workshop I’d ever offered. Then people in LA and Palm Springs heard about the workshop and they wanted it too.

From the beginning, workshop participants asked me to write a book about the topic. I didn’t want to (it sounded like way too much work) but I liked facilitating the workshops and helping people stop pretending – out of shame and embarrassment – that their relationships were monogamous. I was curious why we queer people felt that open relationships were – somehow – not as good as monogamous ones.

For decades, if not centuries, heterosexual (monogamous) marriage was assumed to be the norm. No longer. Now, we have a choice. And, with that choice, comes the freedom to choose a monogamous or open relationship.

I haven’t offered this workshop since the book came out: I think the book is a lot more helpful (and has tons more content) than the workshops were…and it’s a good reference book for couples, regardless of sexual orientation.

With the choice to get married comes the choice to decide what you want that marriage to look like, feel like, be like…and, honestly, monogamous, opposite-sex marriage doesn’t have a very good track record: about half of those marriages end up in divorce. So, we are encouraged, by a variety of factors, to create the kinds of relationships – married or not – that work for us and our partner(s).

Surprisingly, one of the biggest markets for my book is polyamorous heterosexual and bisexual couples. One straight couple told me, “There really isn’t any book out there that’s very good for ‘how to open up your relationship’, so we bought yours”.

It’s a good sign that couples of all sexual orientations are questioning how they want their relationships to be. Monogamy may work beautifully for many people, but not for everyone. And, thank God, there’s no longer any need to lie or be ashamed of being in an open relationship. Granted, it’s still not the easiest thing to tell your parents or your colleagues at work – if you so choose – but it sure is a helluva lot easier to tell your friends.

So, despite living in a world where so much seems to be going wrong, let’s be glad that we now have the choice to marry (or not) and have our relationships be open (or monogamous). I call that “progress”. I hope you concur.