Lighten Up: The Joy of Getting Rid of Stuff 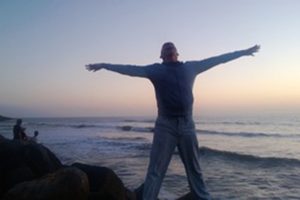 In a few days I’m moving to a new house. I’ve lived in my current place for 21 years. Needless to say, I have accumulated a lot of stuff. I moved into this house in 2000; it was the first house I ever bought. I was 47 years’ old. Yes, I am a late bloomer!

Before buying this house – which was as scary as hell – I had always lived in apartments. I lived in apartments for almost 30 years. And, I liked being carefree, not tied down to any place. If the roof leaked or the plumbing backed up, I could pick up the phone and ask the landlord, “Please fix it. Thank you very much”. Nothing to worry about and very little responsibility.

I moved from city-to-city and country to country. From Cincinnati, Ohio to Louisville, Kentucky. Then to New Haven, Connecticut. Then to London, Paris, Aarhus (Denmark), and Valencia (Spain). Many years of living abroad followed. I could fit all my possessions into a few suitcases. I gave what little furniture I had to my sister in Ohio. I was happy to be a nomad: wandering free. I was born in 1953 and the seventies were the perfect time to hitchhike around the world, staying in youth hostels or, in a pinch, sleeping on someone’s floor (I got fleas this way once, oh well).

While living in a studio apartment in San Francisco, in the late 1990’s I began to want to settle down…to have a place that no one could take away from me or tell me not to paint the kitchen a “lovely” pumpkin color (oh yes, I did that. Huge mistake).  I began to look around for places I could afford. There were none.

I wasn’t very happy with my job, my boyfriend or the dense concrete village that was San Francisco. So, I quit my job, reconnected with my previous boyfriend (who was living in Los Angeles) and we decided to move back in together.

I didn’t want to live in LA again, so he and I began to look around the state to see where we’d settle. We looked at Santa Barbara (too expensive), San Luis Obispo (too small) and San Diego (just right). In 1998, we moved into a rental house here. By 2000, we decided to remain friends but not boyfriends, and I began to look for a home of my own.

There were some, but not many, that I could afford. After lots of looking, I bought my little place near San Diego State University for $225K. Being a brand-new homeowner gave me sleepless nights: could I afford it? I was working for the County in Child Protective Services: my job was secure, but not well-paying. Eventually, my “buyer’s remorse” subsided and I began to settle in.

Now, I’m leaving this place for a house in a quieter neighborhood. At the age of 68, I want more peace and quiet.

A few weeks’ ago, I sold my house, bought a new one and began to sort through my stuff. I always prided myself on not being a “thing” person, a minimalist. I was lying to myself! I had a ton of stuff, much of which I didn’t use/wear/like anymore. So, I began to Lighten Up.

I gave away 2 sofas, 2 end tables, 3 lamps, 2 bedroom dressers and two-thirds of my clothes and books. It was a good start. I kept going: giving away dishes, shoes, plants, pots, knick-knacks, patio umbrellas, pillows and tools. One day, after giving away a bunch of stuff to my neighbors, I felt really high: I was naturally stoned. It was such a good feeling. I’d never experienced anything quite like this before.

It was the high of Lightening Up.

Don’t be like me: don’t wait until you’re moving to lighten up. Start now, little-by-little. Go through your stuff and do a Marie Kondo: “does this bring me joy?” I used to make fun of her, now I see why everyone thinks she’s a genius: she’s mastered the art of Lightening Up.